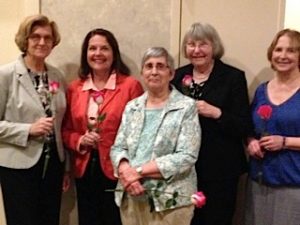 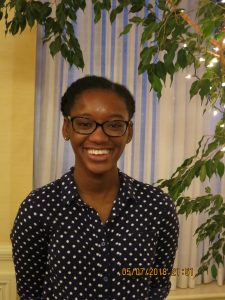 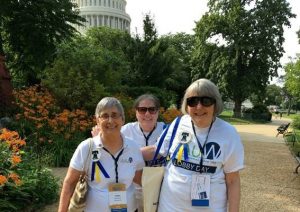 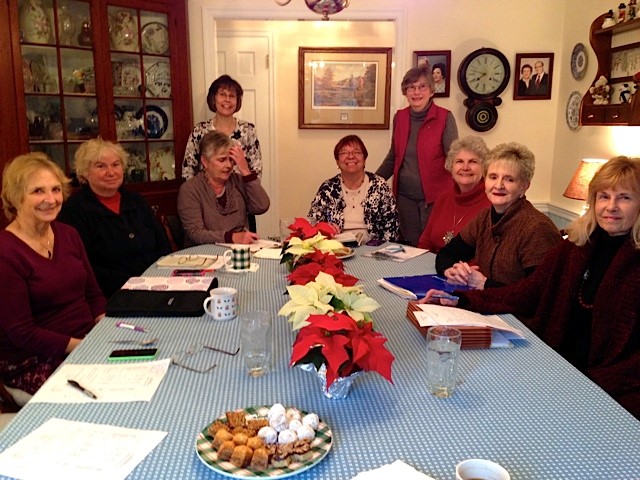 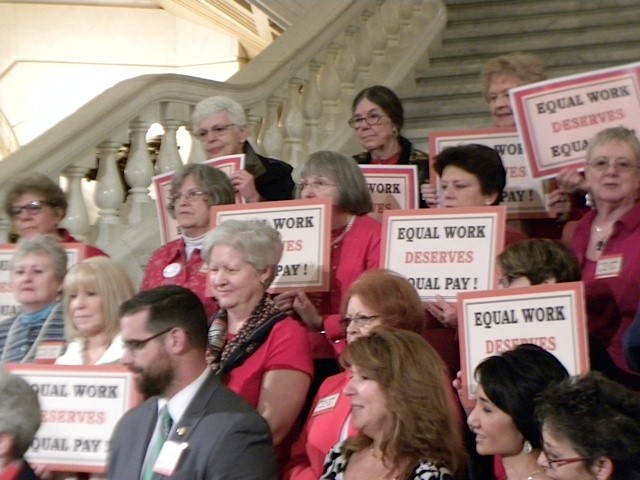 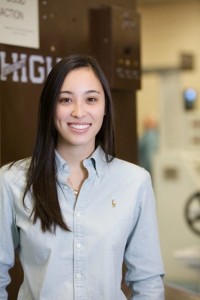 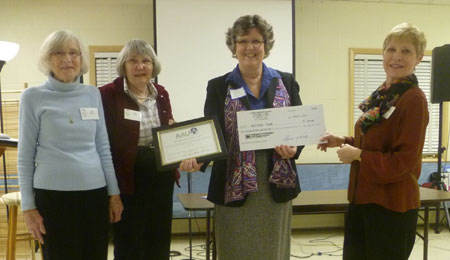 Roberta Geidner, new CEO of the YWCA York, receives a check for $250 as the recipient of the 2014 AAUW “Gateway to Equity” Award. Award is presented by co-President Jan Barnes, Suzanne Robertson and Betty Hooker, State Public Policy Chair. 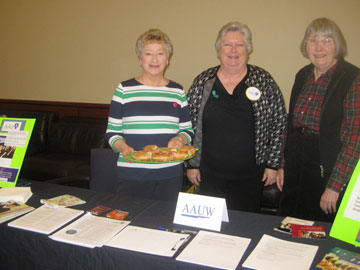 Anne McFeely, Laura Garmendia and Betty Hooker give students donuts with 20% cut out to represent the 20% less women make when compared to men upon college graduation. In addition, graduate and undergraduate scholarship information was handed out. 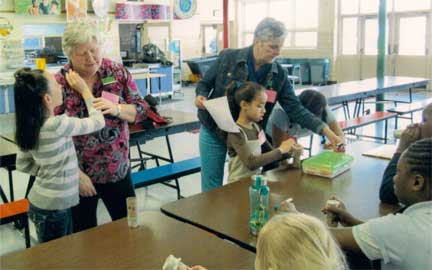 Volunteers from our branch have worked with girls in the city of York to build self esteem and instill values of caring, helping community, and valuing education.Tools to handle bullying and stress were also taught. 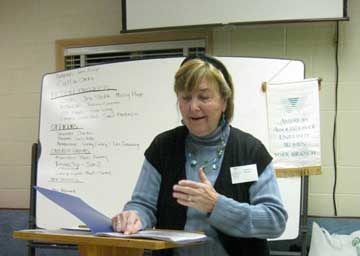 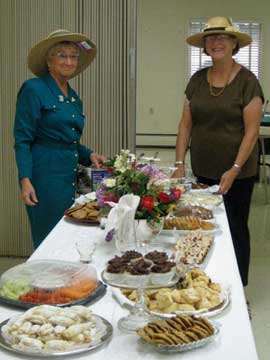 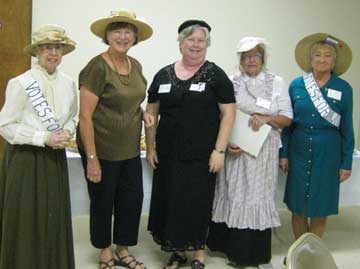 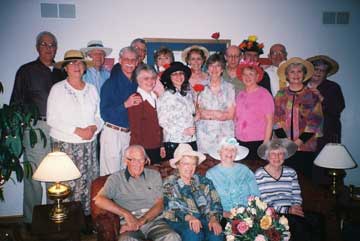 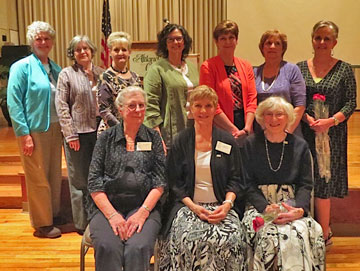 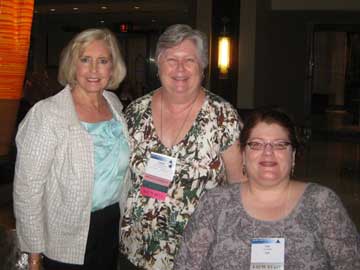 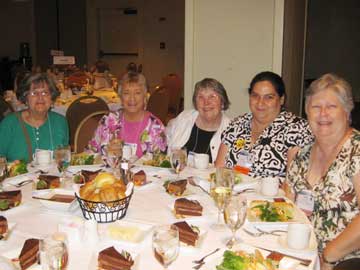 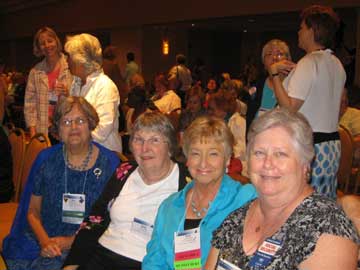 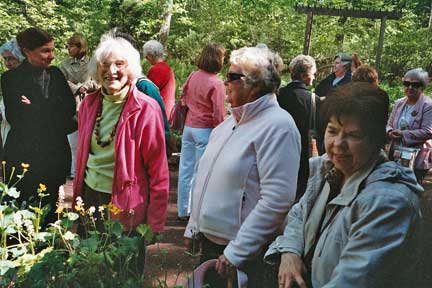 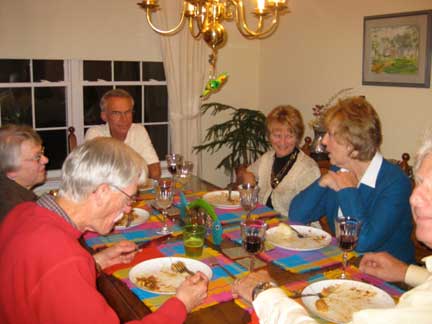 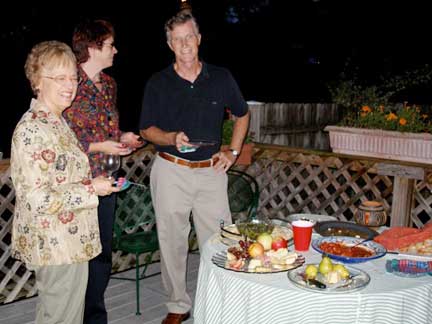 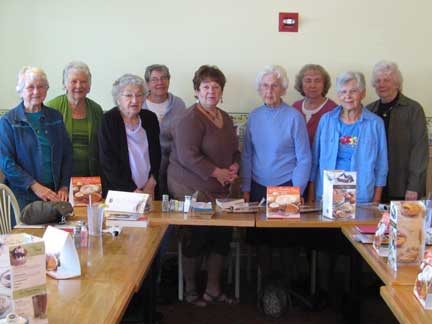 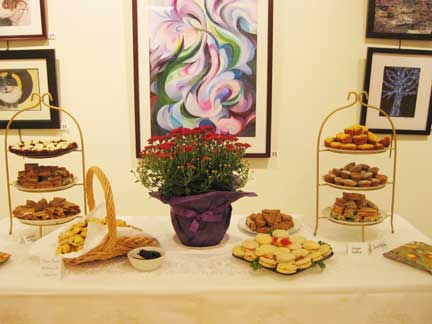 Six of us enjoyed the Annual Pa. AAUW meeting at Toftrees in State College. 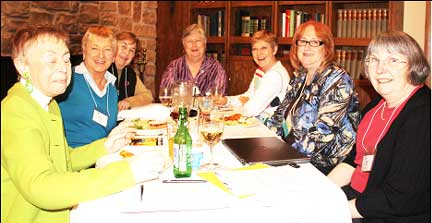 Our Branch received the following awards: 4th place 2012 total Contribution of $4,350 to AAUW Funds, First Place contribution of $500 to Public Policy Funds, and 6th place per Capita Contribution to AAUW Funds. Carol Little and Susy Hershey were our named gift honorees. Laura Garmendia received her Woman of the Year award, and Barbara Gold the Teal Award. Barbara Rooney and I presented on Marcellus Shale and our resolution for a moratorium on drilling in State Forests and State Parks was passed unanimously. Anne McFeely was selected to serve on the State Nominating Committee from our Central district. Betty Hooker continues as Co-Chair of Public Policy on the State Board.

Following are members Anne McFeely, Linda Collision, and Jan Barnes enjoying hostessing and checking out one of our shops on the Market Faire Tour. 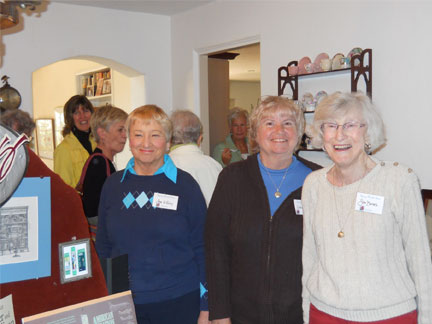 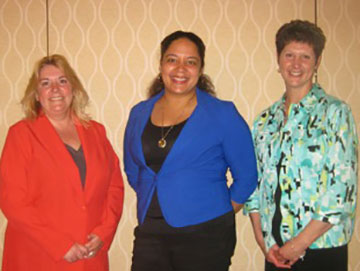 Pictured at AAUW York Branch’s May Banquet are three scholarship recipients.
The center recipient, is Tannisha Fuentes, our $3,000 2014 graduate recipient who will be attending Walden University for a MS in Adult Learning/ESL. On either side are our $1,000, 2013 Undergraduate Scholarship winners, Denise Dellone and on the right, Vicki Ashland.
All three are single mothers who show courage and intelligence in their academic pursuits. Denise is pursuing a degree in Human Development and Family Studies from Penn State York and Vicki is working for a degree in ESL/Special Ed at York College.